Who doesn’t feel the urge to wander when winter seems to linger on so?  I suppose I’m no different than anyone else when it comes to this time of year, but forever I’ve felt the spring fever urge to get the hell out of here and buy some time in warmer places.  This year is no different, I’m afraid. 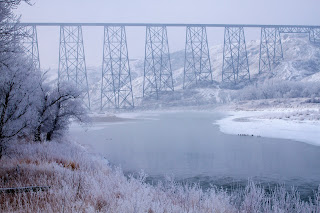 Spring arrived a few days ago and we were hit with something called the Alberta Clipper.  A cold, strong wind from the north accompanied with snow and freezing temperatures.  The highways were closed in some places and there was a 100 car pileup north of here.  When I woke up this morning it was -18C (-0.4 F for my American friends).  It’s 9:15 am now and clear and cold but warming up as we wait for the predicted high of -1 C today.

So what do you do in weather like this anyway?  Build a snowman? Nope too cold.  Wash the car? I wouldn’t try that.  Knock the snow off the trees?  Could do, but like everything else in this neck of the woods it will just fall off when the winds pick up and it gets warmer in a day or so.  In fact many people don’t even clear their walks around here because the winds will pick up and melt it in the warm sunshine and the drying wind.  In fact it’s so clear and beautiful out that the neighborhood cats are playing in the woodpile outside that I see from the kitchen window.  Our black cat, Boo, and his stray friend, Morris, are having a great time playing on the stacked up firewood next to the garage across the lane at our neighbor’s place.  Those two boys have such a great time playing together.  The cold doesn’t seem to bother them with their thick winter coats. 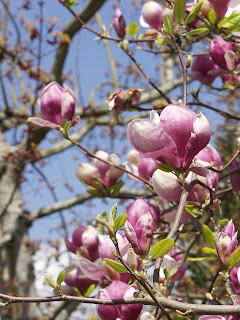 I often look at the weather in other places and realize and remember that winter disappears faster in places I’ve lived before.  In fact the crocuses and daffodils and cherry blossoms are out in Vancouver already and I miss that, but then I remember what it looks like here when April and May show up and the grass greens up and the tulips and other flowers burst from the ground, all in a rush to show themselves off and bring the joy of spring to all of us again. 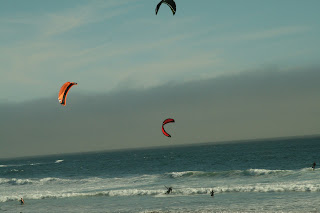 But until that time, I need some time in the sun to create that positive energy that we all need so much of.  A way to make winter on the prairies endurable, perhaps.  So what to do you ask?  Go to California and soak up some sun.  So that’s exactly what we’re going to do.  We’re leaving next weekend for a couple of weeks in the sun on a long road trip to sunny California.  We’re going to cross over to the Oregon coast and drive the coast route to San Francisco and then to visit our wonderful friend, Judy, in San Jose.  After a few days we’re going to Disneyland via the coast route through Monterey, Carmel, San Luis Obispo, Santa Barbara and on to Anaheim.  Then we’re going to San Diego for a few days via the coast route.  San Diego was a home away from home for me when I was in the Royal Canadian Navy in the 60’s and it will be fun to see it again after so long.  From there we’re heading east again to Phoenix and north to the Grand Canyon and on up home through Salt Lake City.  A long but enjoyable trip with lots of things to see and do for a couple of old photographers like Maggie and me.

Now will that reduce the angst we feel about spring being delayed in this place that we live?  I hope so and by the time we get home it will be time to plan the garden this year and find a way to prevent the dog from excavating it.  A nice new fence around the little vegetable and flower garden will do the trick I think.  Thank you son for the new saw you gave me this past Christmas.  It’s going to come in very handy when I build that fence.

As you can tell from my past posts, I love the spring and summer and fall in this beautiful little place we live in and as long as we can endure the winter and can escape to places that are filled with warm sunshine, we’re going to be doing just fine this year too.

We’ll keep you posted during our trip.